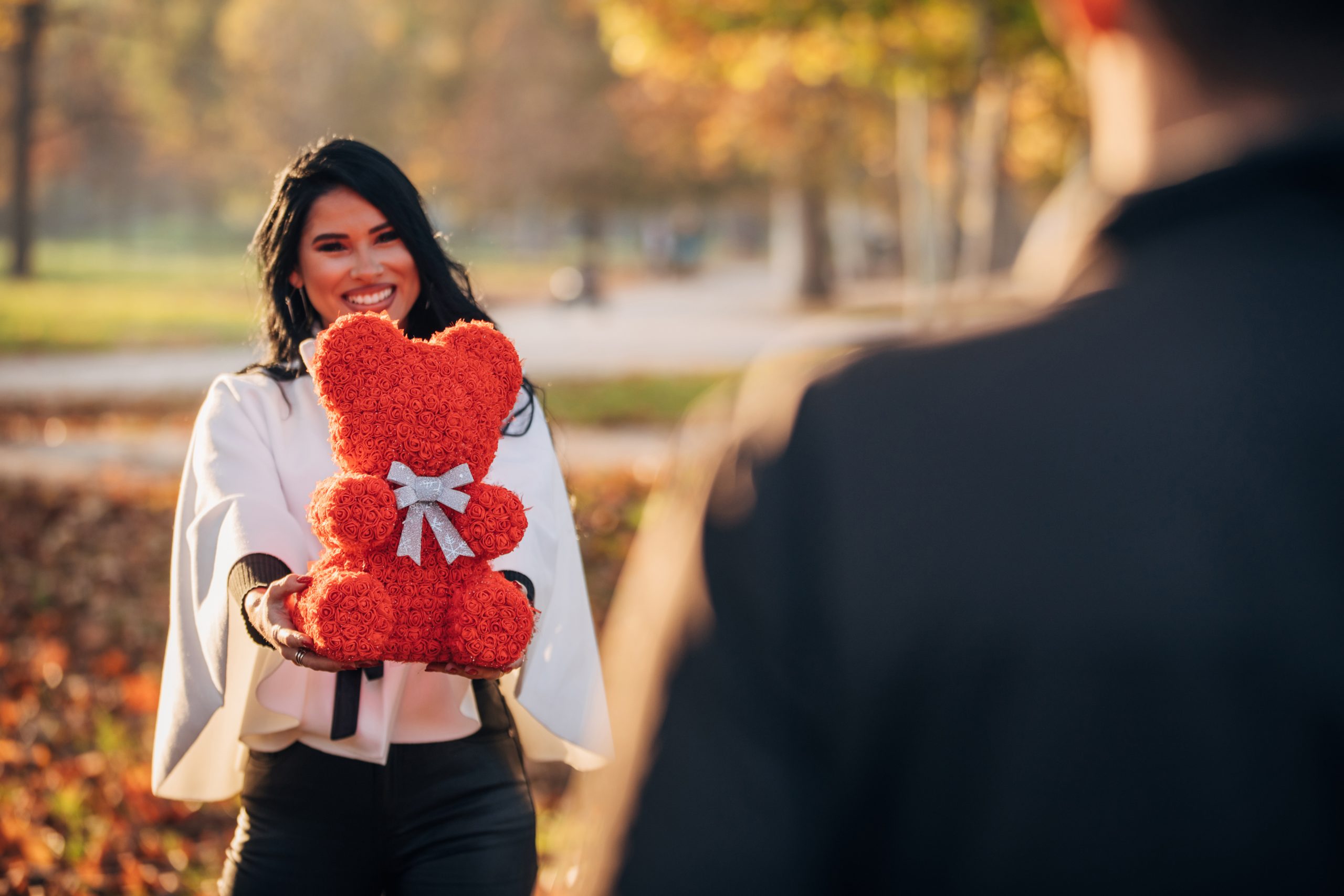 Receiving a stuffed animal from a girl he likes isn’t weird to him.

He isn’t going to scream it from the rooftops, but your gift is endearing to him.

It’s a symbol of your love and fondness for him, and for a guy who cares about you too, he is touched.

At the end of the day, what he cares about, is you.

Whenever he looks at that stuffed animal, he is reminded of you and it puts a smile on his face.

Where he places the stuffed animal says a lot about how he feels about it.

Placing the stuffed animal at a spot where he sees it repeatedly, like his workstation, is a strong indication he loves it.

His workstation is where he spends a lot of time at.

A stuffed animal placed in the vicinity is his reprieve from work, a few moments to think of you and smile.

This is how he shows that he doesn’t think your stuffed animal weird.

On the contrary, it gives him comfort.

As long as you have built a good amount of rapport with him, getting him a stuffed animal is a great idea.

Get a stuffed animal that has a masculine look to it.

Think about a stuffed animal of a dog.

Look to one that has a muscular build as opposed to pudgy.

Unlike the softness that many women find cute in stuffed animals, guys prefer theirs to have a harder build to them and less pudginess.

A stuffed animal that has a masculine as opposed to feminine color agrees with him better.

Their intent is to place it somewhere that is within eyeshot, as long as they care about the person who gave it to them.

Bear this in mind as you get him a stuffed animal.

Now, go get him a fabulous stuffed animal.