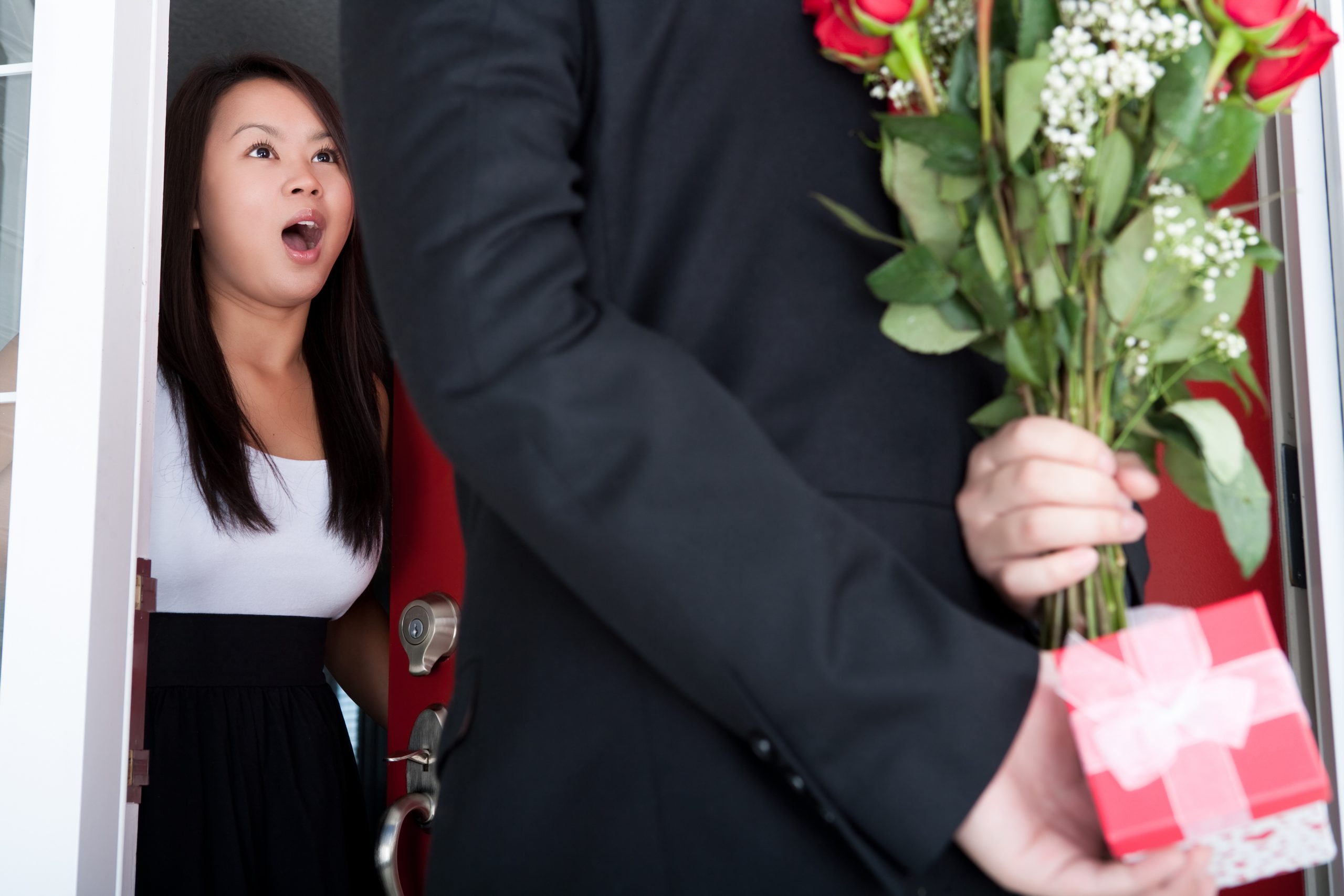 Ask her out now.

Don’t wait until Valentine’s day to do it.

You are delaying something you needed to do a while back.

The longer you wait, the greater the pressure.

Pressure that is redundant.

Like clockwork, you play out how it is going to go in your head, down to the specific sentences you are using.

As Valentine’s day draws closer, you have replayed the moment so much in your head, you are overwhelmed with emotion.

By the time Valentine’s day arrives, your insides are tied up in nuts and you are terrified to ask her.

With this much pressure, you either mess up somehow when you are asking her out or you convince yourself to further delay asking her to go out with you.

Something else to consider is the appropriateness of asking her out on Valentine’s day.

It sounds like a great idea, being the day of love, but you don’t know whether she has been negatively impacted by it in her past.

The media and the world romanticizes the day, but not everyone has good memories or feelings associated with it.

What are the chances an ex-boyfriend dumped her on Valentine’s day?

How about a Valentine’s day where she found out her ex was cheating on her?

You see, you have no idea what memories or feelings you trigger in her by asking her to go out with you on Valentine’s day.

Not everyone has good memories and feelings associated with Valentine’s day.

The thought that you have a greater chance at getting her to say yes on Valentine’s day is a trap that fools many.

Don’t place too much belief in this one day.

It doesn’t improve your chances of success.

Plus, there is something about being too on the nose, where choosing such a quintessentially apropos day to ask her out feels contrived.

You run the risk of turning her off, eliciting too much sappiness and compelling her to say no.

What of a woman who regards Valentine’s day as one for couples?

These women exist too.

By asking her to go out with you on Valentine’s day, a day she believes is reserved for couples, you give her a reason to say no.

Then there are women who believe that Valentine’s day is too inauthentic and ridiculous of a day to take seriously.

You and a good chunk of the world believes it’s a day of love, but she detests it.

She thinks it’s a dumb day.

A day that was exclusively created for businesses to rake in millions in advertising and flowers, while leaving single people feeling like they are the most undesirable creatures in the world.

Not every girl melts with unmitigated glee at the idea of Valentine’s day.

Assuming that every woman is in awe of this day is a false assumption.

Still excited to ask her to go out with you on Valentine’s day?

Ask her out now.