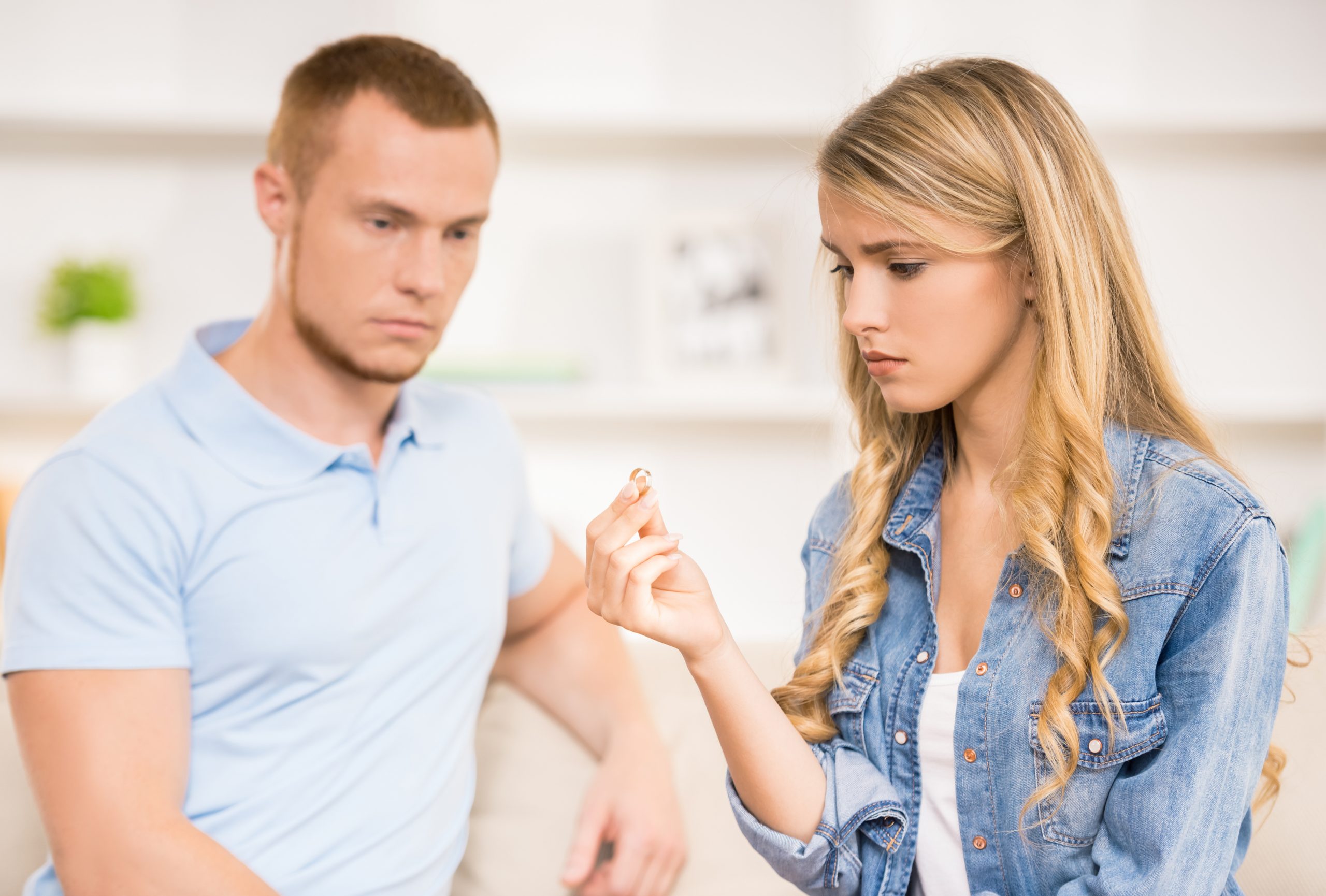 In keeping her promise ring, there is something that was never resolved with her.

His relationship with her ended inconclusively.

This is what happens in a relationship that ends with a lot more questions than answers.

What you have is a guy that wants to move on, but in the back of his mind, he thinks about that past relationship and how it ended.

He hasn’t moved on from it and frets over why it ended.

Keeping her promise ring matters and needs to be addressed.

Talk to him about this.

Don’t be confrontational or anything like that, but ask him to be candid with you about his feelings for her.

People who keep the promise ring of an ex are in denial, so don’t be surprised when he makes it seem like keeping her promise ring isn’t a big deal.

Don’t brush it off.

Be kind, but press him on the topic.

Any indication that shows he hasn’t gotten over this ex is your cue to slow down with this guy as far as dating him.

You don’t know how deep his feelings for her go, so this is where you tread with caution.

For now, keep your emotions from taking root in this relationship.

The last thing you want is to be in a place where you have developed strong feelings for him and he is stuck on his ex.

This is where you are stuck in the middle with an unclear path forward.

Slow down at this point until you have gotten to the bottom of this.

Have meaningful conversations with him about his feelings and observe him.

Don’t be judgmental when you do this so that he doesn’t feel uneasy.

Pay closer attention to how he behaves around you.

Is he fully invested in the activities you participate in together, or does it seem like he isn’t fully mentally there?

A guy who isn’t fully mentally present is worrisome.

Is he comfortable having in-depth conversations with you or does he tense up and pivot the conversation into more frivolous and meaningless topics?

A persistence in this behavior is an indication he isn’t ready to dig deeper into his emotions and be open.

He has to come to terms with how he feels about her.

He has to move on from her so that he opens himself up to you fully.

When he is not prepared to do that, you are wasting your time with him.

He is a guy who feels like he let the right one go.

The right one being the girl who gave him the promise ring and not you.

You are merely a replacement that is there to keep him company and prevent loneliness.

Is this who you want to be to him?

I don’t think so.

Slow down with this guy, have that talk and observe his behavior over time.

This is how you protect yourself from falling for a guy who is too emotionally caught up in another girl to open himself up to you fully.