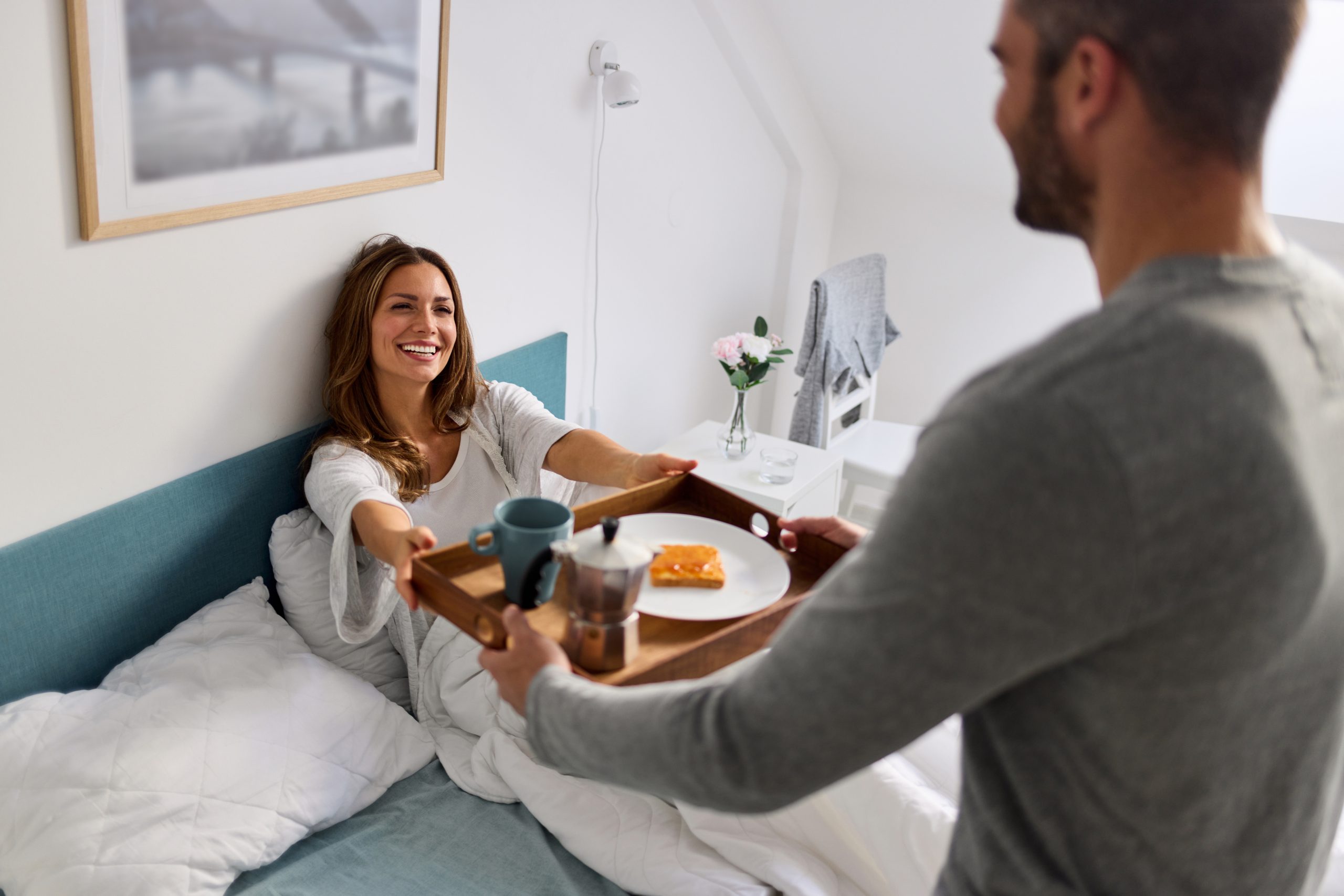 Without any strict rules or expectations on your part, your new boyfriend is going to see how the night is going before considering a move to have sex with you.

Your consent to sleeping over without rules leaves him open to the idea that as long as the night goes well, you show a desire to have sex with him.

The maturity of your relationship is a factor too.

A past of messing around with each other, kissing and touching, but never finishing with sex, sends a message that now you are sleeping over at his house, you are going to finish it off with sex.

What do you want?

Are you intent on hanging out with your new boyfriend and nothing else?

Is that all you want?

Are you sure that there isn’t a part of you that wants more than that?

Is a desire to have sex with him on your mind?

Know exactly where you stand in this relationship and what you want out of it at the moment.

When your true intention is getting to know your new boyfriend and you don’t want to have sex quite yet, sleeping over at his place sends the wrong message.

Having a past where you have both messed around, kissing and touching, makes your boyfriend believe that having sex is a strong likelihood, in your choosing to sleepover at his place.

This has your boyfriend feeling less cautious.

He is more bold while you are over, expecting sex.

On the contrary, a lack of any messing around between you so far in this relationship, leaves your boyfriend more cautious.

He isn’t as aggressive, but depending on how much you both get along, he makes a move on you when he has an opening.

Either way, your boyfriend is hoping that your sleepover is capped off with sex.

What exactly do you want?

Have you reached a point where you are ready to have sex with him?

In the event you aren’t, setting strict rules and expectations of how you expect him to behave at this sleepover is a must.

Without doing this, your boyfriend’s mind is set on hopeful sex.

When the idea of sex isn’t where you are comfortable being right now, the power lies in you to set these rules and expectations.

The safer route is to avoid sleeping over at your new boyfriend’s place altogether.

With this, you leave no doubt about where you currently stand and avoid any misunderstanding with your boyfriend.

A decision to avoid sleeping over entirely is difficult, when you love messing around with your boyfriend.

You love kissing him and feeling him up.

But, these actions leave a promise for more, especially in the event you are both in an intimate setting, such as his house.

A desire to mess around and nothing more, doesn’t absolve you from temptation.

You are at his house, feeling comfortable.

This environment is the appropriate place to go a little further with messing around.

Before you know it, it gets heated and you are both moving towards sex.

There is no one else that is a distraction.

It is the both of you and your raging hormones.

In this environment, it is a lot easier to give in to sex.

Before settling on going to your new boyfriend’s house, consider what you want.

A reluctance to have sex right now requires you either not go to your new boyfriend’s house or you advise him of your intention to hang out with him and nothing more.

Don’t be afraid to set these expectations with him beforehand.

A boyfriend who cares about you, respects your decision.

Choosing to go to his house to hang out and nothing more means you have the discipline to avoid messing around by kissing and the like.

Messing around confuses him and often leads to the both of you giving in to having sex, especially in such an intimate setting.

Are you game for whatever?

In that case, you are off the hook.

No rules or expectations need to be set.