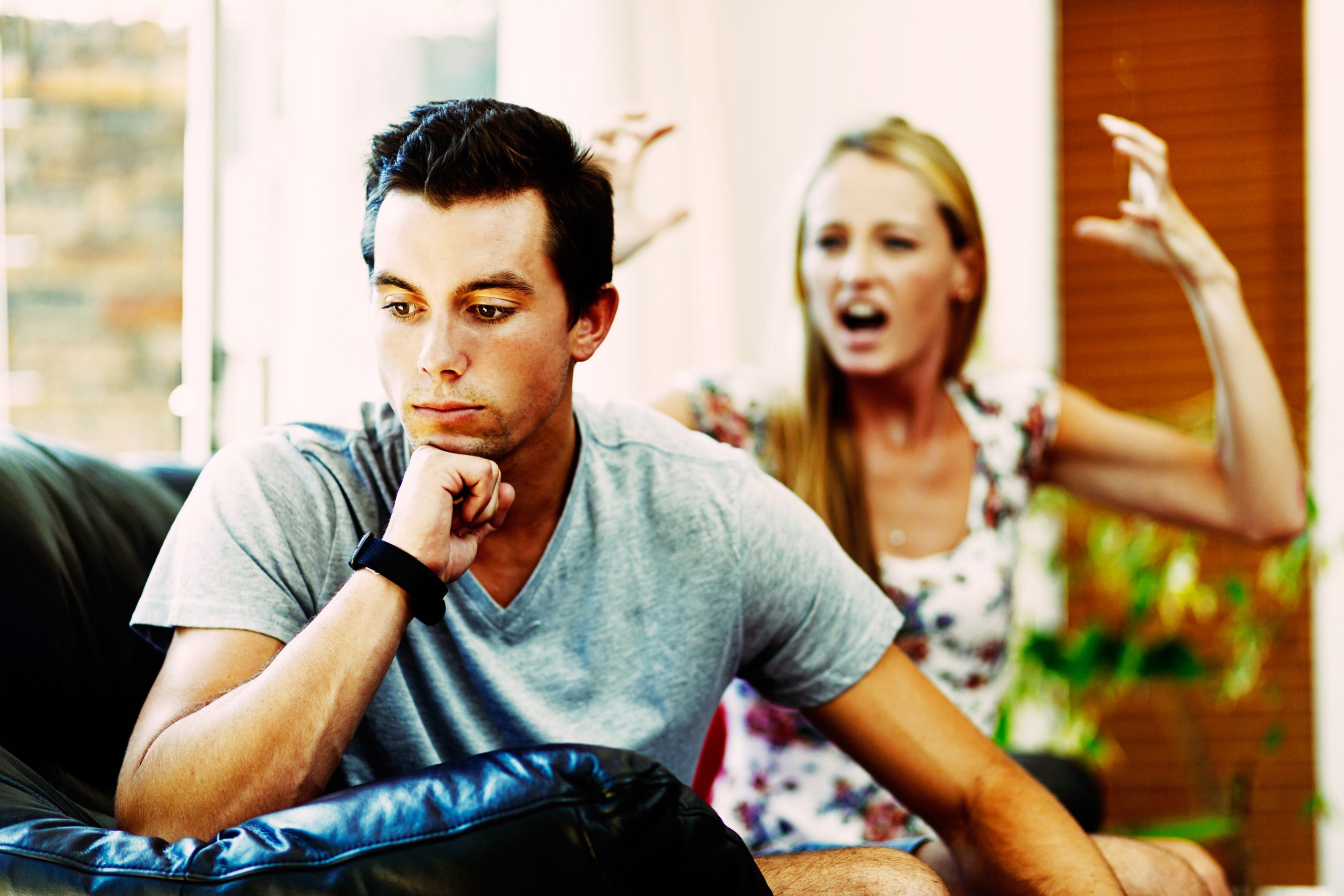 Inform your girlfriend that her words hurt you.

This isn’t a situation where you grin and bare it.

Doing that exacerbates this.

When she argues with you, she gains an upper hand in the relationship and is empowered.

Arguing over just about anything is how she dominates a relationship, compensating for a deficiency about something else within herself.

She says hurtful words to demoralize you.

Unfortunately, people demoralize others to lift themselves up.

It’s unhealthy in a relationship and cruel.

A healthy relationship is a respect for each other, as you value each other’s happiness equally.

The first task is to be frank about how her words hurt you.

Purely grinning and bearing this, hoping it goes away, is futile.

A lot of guys make this mistake.

They permit the harsh words and arguments to persist, taking it in stride, hoping she stops one day.

They don’t voice how they feel about said words or said acts.

Over time, unbeknownst to them, psychological damage is developing.

Soon, their self-esteem is hurting.

Followed by their confidence.

There is a limit to how much verbal abuse a human being bears before unhappiness sets in within and self-worth shatters.

The longer you permit this, the greater the loss of self-esteem and self-worth within you.

Eventually, you are so psychologically damaged, you don’t have the courage to address her harsh words.

That confidence you once had has sneakily disappeared, replaced with self-doubt and panic.

Do you now comprehend the urgency of addressing this issue with her now?

You have waited long enough.

Enough with the justifications, hoping she miraculously stops spouting harsh words and arguing.

In not addressing this, nothing changes.

Before the inevitable psychological damage sets in, end this by addressing it.

A girlfriend who values her relationship heeds your concerns.

She does what she has to, whether that requires she attend anger management classes, counselling, etc.

Ignoring your concern and continuing on is a girlfriend who clearly doesn’t care about you and your concerns.

She isn’t worth the privilege of being your girlfriend.

This is a clear case of a toxic girlfriend and no matter how much you love her, she has to be cut out of your life like a malignant cancer.