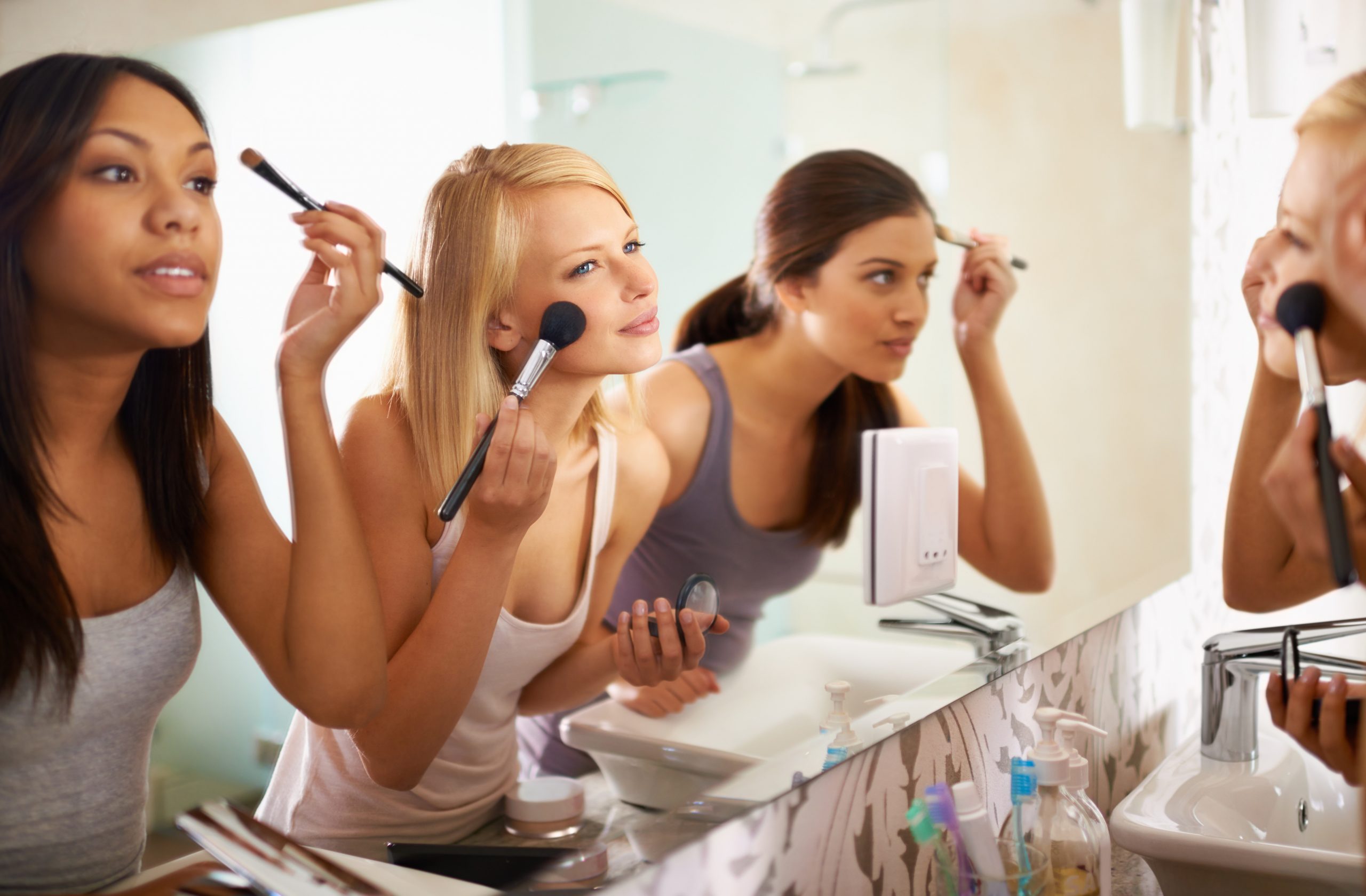 Girls prefer and expect guys to like them for who they are.

Wearing makeup has a function.

It enhances how they look to men and makes them look and feel good personally.

It is not intended to give a false impression but to elevate her sense of self-esteem and confidence.

Some guys do have the frame of mind that makeup somehow presents a girl in a false sense.

They believe that makeup is a tool that is used to cheat and present an image that isn’t her.

This belief affects their perception of her character.

To be fair, there are some girls that take their love of makeup too far.

Wearing it at all times no matter what and to bed is a bit much.

These are in the minority though.

The majority of girls wear makeup so that they look and feel better about themselves.

How do people act when they feel good about how they look and feel better about themselves?

They have a bounce to their step, becoming more gregarious and inviting.

Don’t you want a girl with qualities that make you want to step up to her and get to know?

Her gregarious and inviting nature gives you increased motivation to want to get to know her as a person.

Like most guys, I know you won’t be attracted to a girl who comes off as grouchy twenty-four seven.

Sure, makeup used for the sole purpose of covering up a lack of personality and confidence is deceitful and misleading.

But, what you find is many girls who do wear makeup are quite confident in themselves and sure of who they are.

They are not presenting a fake facade.

They are shining a light on their best features, having a confidence that exudes.

Girls who lack personality or confidence rarely want to draw attention to themselves.

These are the girls who are least likely to wear makeup.

They are so self-conscious about what they lack that the last thing they want is to put on anything that draws attention to them.

Evidently, not all girls who choose not to wear makeup lack personality and confidence.

The next time you wonder why a girl wears makeup while expecting a guy to like them as they are, think again.

What is wrong with looking your best?

As a guy, are you a sham when you love wearing a nice watch or driving a nice car?

For most guys, these are just accessories and they don’t define who they are as a person.